The Sony PSP is an awesome gaming machine that also lets you play movies, audio files, show photos and much more.

Action / Adventure games covers a wide variety of games - platformers, world explorer games, and much more. There´s something for everyone!

A PSP screen is clear and large - and is almost a magnet for fingerprints, dust and scratches. This filter helps to protect it from damage.

"Metal Gear Solid Portable Ops" for the Playstation Portable is the first PSP Metal Gear game that is actually a part of the story. In it, Big Boss must lead a unit of comrades against his former unit, the now-rogue FOX Unit.

The Sony PSP - or PlayStation Portable - is a great way to play music and video while on the road. Here is how to get files onto your PSP.

A revamp of the Playstation Portable, the PSP Go is lighter and more ergonomically designed, and trades the UMD drive for a purely downloadable set of games.

I love puzzle games! Here are reviews of fun puzzles games for your PSP.

If you´re a fan of RPGs, be sure to check out these Sony PSP role playing games.

If you´ve used your PSP for any length of time, you know how dangerous it is to have that screen anywhere it can be scratched. The face armor helps to keep it shielded.

The Sony PSP came out on Thursday, March 24th and by the weekend it had sold 1 million units. These new handhelds are simply amazing in what they can do!

The PSP is a fantastic unit with a great screen - but it scratches VERY easily. The Stealth Case helps keep the PSP safe from the dings life throws at you. 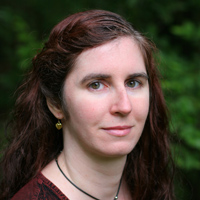 Get Gaming Help in our Gaming Forum!